Dawn started her military career during high school when she joined the Naval Reserves, HMCS Prevost, in 1988, as a Naval Signalman. In 1990, Dawn was selected for the Regular Officer Training Program as a Maritime Surface Officer (MARS; now Naval Warfare Officer); she completed her first 3 years of military college at Royal Roads Military in British Columbia majoring in Military Psychology, and her last year at Collège Militaire Royal de Saint-Jean in Quebec, graduating in 1994 with B.A. in Social Science. 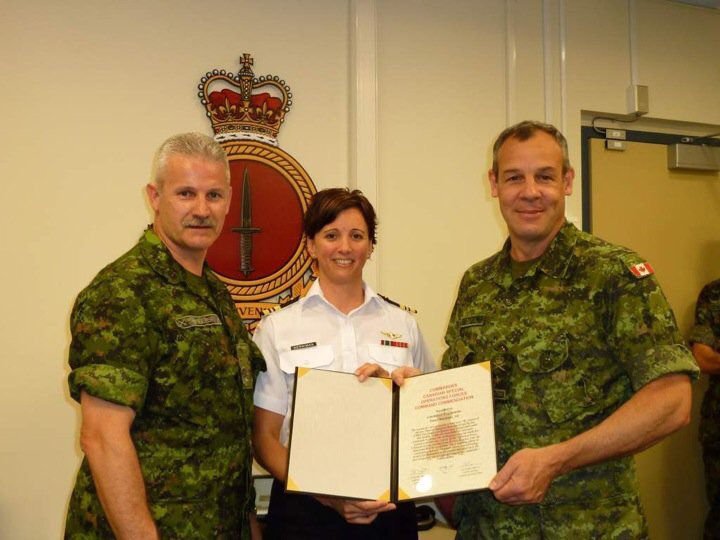 Chronic seasickness prevented Dawn from continuing her Naval career and, while awaiting an occupation transfer, she fell 30ft while hiking and broke her back. However, she returned to work after only 6 months, within a year she regained her high level of fitness, and after a three-year fight with the military medical system she was permitted to remain in the military and finally received an occupation transfer.

Dawn became a Personnel Selection Officer (PSelO) in 1997, a career that resulted in postings to Army, Navy, and Air Force bases throughout Canada. As a Base Personnel Selection Officer Dawn was responsible for assessing personnel for occupation transfer, commissioning, and special employment, while also offering education counselling for serving members as well as second career assistance for those leaving the military. During one of her postings Dawn completed both the Basic Military Parachutist and Military Freefall Parachutist courses and was posted to the Canadian Parachute Centre as the media relations officer and parachute demonstrator with the Canadian Forces Parachute team, the Sky Hawks (2003-04). 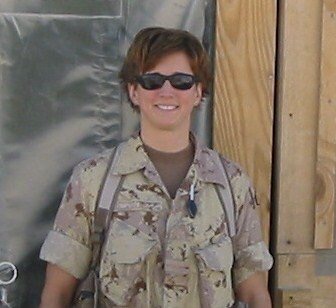 Dawn was deployed for 6 months to Afghanistan in 2006 as the Operational Psychology Advisor. Afterwards was posted on exchange with the United States Air Force as an Occupation Analyst, where she worked with mostly special operations occupations. Dawn was also employed as an Occupation Analyst upon her return to Canada and led the teams that created two new occupations for the Canadian Special Operations Forces Command, for which she was awarded a Commander’s Commendation.

Promoted to the rank of Lieutenant Commander in 2009, Dawn was subsequently sponsored to complete post-graduate training, graduating in 2012 with her M.A. in Psychology from Carleton University. Dawn’s Master’s thesis was on Predictors of Pilot Training Performance in the RCAF, and after graduation she was posted to a new position at the Aircrew Assessment Centre in Trenton, ON, where she was instrumental in modernizing pilot and aircrew selection.

Dawn’s final posting was as the Conduct After Capture (CAC) Personnel Selection Officer, where she oversaw all research, selection, and psychological-related training. As the lead Resilience Subject Matter Expert (RSME), Dawn taught the physical and psychological effects of stress, healthy coping mechanisms, and was a key member of the Training Safety Team during Stress Inoculation Training. Dawn was also the Canadian Armed Forces liaison within the international military community for the psychological aspects of captivity. 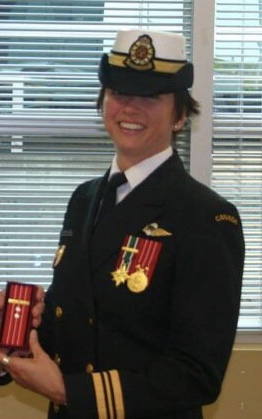 Since her retirement from the Canadian Armed Forces in March 2018, Dawn has focused her training on alternative, mainly evidence-based, Eastern and Western yoga practices and treatments to help others heal their physical and/or mental suffering. In fact, Dawn teaches the healing practices she used during her own healing journey, and she is especially passionate about helping other veterans and first responders find relief from chronic pain and ameliorate the symptoms associated with various mental health concerns, including PTSD, complex trauma, depression, anxiety, and insomnia.